A good or bad first impression can sometimes hinge on a single comment instantly transforming a great conversation into a complete disaster.

Let’s say you’re at a party talking to a new group of people.

They start joking and laughing about a movie you really like, but you hear them get an actor`s name wrong, so since you know the actor’s real name you jump in and correct their mistake only to realize you accidentally turn to fun positive interaction into an awkward moment.

For some people, it’s not easy to ignore even the most insignificant mistakes for example, if someone says “funner” instead of more fun it’s tempting to correct their grammar, but even this tiny amendment can make you seem stiff and serious.

When people are socializing they want to be calm and comfortable which won’t happen if they’re worried about messing up every time they open their mouths.

This prevents them from setting their anxieties aside or opening up when you’re around.

Instead, you should let people know that it’s okay to mess up around you, people are often very aware of their mistakes and don’t need you to make them feel any worse about making them.

One of the best things you can do is carry on like nothing was wrong which keeps things light positive and fun for everyone involved.

Take Surveys and Get Rewarded for your opinion 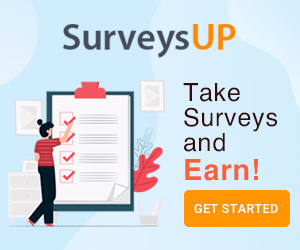 When you meet someone for the very first time the conversation often starts with the same tired ritual.

Now, for most people, it feels like the conversation really starts after you’ve gotten that out of the way, but those formalities gave you one very important piece of information which can completely change how well the conversation goes.

So as a little test try to remember the name of the other person in this example.

Chances are many of you completely spaced out, which means, you may be doing the same thing in real-world scenarios.
I can tell you from personal experience that remembering names definitely does not come naturally to everyone.

However, by remembering and repeating someone’s name you become significantly more memorable because the other person will take the time to remember your name too.

Now incorporating their name also has a few added benefits, like showing the other person how invested you are in the conversation.

But are there any tricks you can use to make sure you don’t miss any more names?

Well in my experience the most effective trick is also the easiest.

So the next time you’re stuck doing the usual pre conversation ritual and they say: I’m Patrick nice to meet you, respond with nice to meet you too Patrick, by simply tacking on their name you’ll not only have an easier time remembering what it is, but it will also let the other person know that you’re giving them your complete attention.

Imagine you just sat down at a coffee shop about to enjoy your favorite drink and listen to a podcast on your phone when a man at the table next to you strikes up a conversation.

You’ve been trying to meet new people so you give the guy a chance, but he won’t stop talking about how busy and chaotic his life is.

He goes on and on about how he’s got a demanding job and how he’s been forced to lead a team of designers for his company.

Almost immediately you find yourself looking for a way out of the conversation.

So why did this interaction go so poorly?
This guy made a common mistake that completely ruined his chances of making a good first impression.
By talking about his busy job, he was doing something called a humblebrag.

Humblebragging is when you seem to be sincere and modest, but are actually just gloating about how action-packed and important your life is.

Now, most of the time people will humblebrag when they want to impress you or win you over because they think humblebrags make them seem confident and cool.

The truth is more often than not humblebragging leaves their new acquaintance with a bad taste in their mouth.

Even with the best intentions, these comments almost always fail because they seem like an attempt to prove how superior you are, which consequently makes the other person feel inferior.

It’s important to remember that the best first impressions leave both parties feeling secure about the other person and themselves.

Take Surveys and Get Rewarded for your opinion

Eye contact has its place in just about every social interaction, so it’s no surprise that it plays an important role in making good first impressions.

When meeting new people our nerves tend to go into overdrive, we overthink and get embarrassed way more than we would with close friends, which can have a huge effect on our body language.

Eye contact is usually one of the first things to fall by the wayside when we feel intimidated or insecure it can be incredibly uncomfortable to maintain eye contact with another person.

Even if you’re feeling nervous use eye contact to let the other person know that you’re present, attentive, and you want to continue interacting with them.

Now while it may be difficult at first, the longer the conversation goes on, the more natural it should feel.

Let’s say you’ve got a big interview for a job you’ve been chasing for years, this is your final chance to impress the hiring committee before they pick someone to fill the position, so you really needed to go well.

Even if you gave the best possible answers you still leave the interview feeling uncertain because of the blank looks on their faces.

When interacting with new people, we often use their facial expressions to judge how well the interaction is going.

If they’re smiling we think it’s going well if their brow is furrowed you probably did something to make them angry.

But nothing is worse than a blank expression, because it tells the other person one of two things:
You’re either bored or you don’t care, both of which leave your acquaintances feeling rejected and insecure.

So whether you’re talking to a potential employer or just some random person you met at the store, use your facial expressions to tell them how you think the interaction is going.

If you put just a little bit of money into something you probably aren’t that confident that it’s going to do well in the future.
So you’re fine with just losing a small sum, but if you invest every dollar that you have, you’re showing how much faith and confidence you have and whatever you’re investing in.

When shaking someone’s hand you can`t throw out a limp wrist or a two-fingered handshake and expect the other person to feel confident about interacting with you.

A weak handshake tells the other person that you don’t care enough to firmly shake their hand, which means, they won’t bother investing the time and effort to get to know you.

Lacking a Sense of Humor

Humor is another effective way to make sure you leave a good first impression because it not only makes the other person feel more comfortable but also shows them that you two have something in common.

People often say that their favorite thing about a close friend is that they share a sense of humor.
Maybe they make each other laugh or just enjoy the same kinds of jokes, but the point is that people who have similar senses of humor can have a good time together.

So if you have no sense of humor or take things too seriously, people won’t see you as someone they’ll enjoy spending their time with.

To make sure this doesn’t happen, show them your sense of humor right off the bat. Now, of course, you shouldn’t go overboard and start telling cruel jokes because then you might end up insulting them or scaring them away.

You might be accidentally ruining your first impressions by sitting or standing too close.

According to a number of anthropological studies conducted by Edward Hall in the 1960s, there are many different levels of personal space, ranging from intimate which is for family and friends, to the public which is meant for complete strangers.

When you first meet someone in a formal setting, like a hiring manager or a new boss you want to be in the social zone which means you should give a minimum of three to four feet of space.

If you’re meeting someone at a party or any other informal setting you can get a bit closer but always try to leave about two feet of space to make sure you aren’t invading their personal bubble.

By encroaching on their space you’re making other people feel uncomfortable and anxious around you because they don’t know you well enough to feel safe when you’re sitting or standing so close.

Even if you’re just trying to be friendly, invading personal space can come off as aggressive irritating, and inappropriate.

So be sure not to make these wrong first impressions examples and be sure to give people their space, it might just land you a job, a friend, and even a relationship.